ABI believes in building great business relationships with its clients.  That’s how we’ve maintained a solid reputation in the aviation industry for more than 30 years.  We also believe in informing our clients with the knowledge they need to make decisions. Nobody knows the product better than its manufacturer.

In the early days of the private jet industry, the manufacturer’s names were synonymous with the aircraft itself. People would (and sometimes still do) talk about ‘a Learjet’ or ‘a Cessna’ and this would conjure up a picture of a specific type of aircraft.

Over 50 years later, the business aviation landscape has changed hugely. There is a much wider variety of choice for the private jet customer – and a huge array of different aircraft types and names. So here’s a summary of some of the key private aircraft manufacturers and the aircraft in their range – our Who’s Who of private jet makers.

Textron Aviation is the parent company of private jet manufacturers Cessna, Beechcraft and Hawker, acquiring them in 2014. Cessna is based in Wichita, Kansas, and was formed in 1927 by farmer Clyde Cessna. Originally known for making small piston and turboprop aircraft, the company later began to produce a range of business jets under the ‘Citation’ brand name. 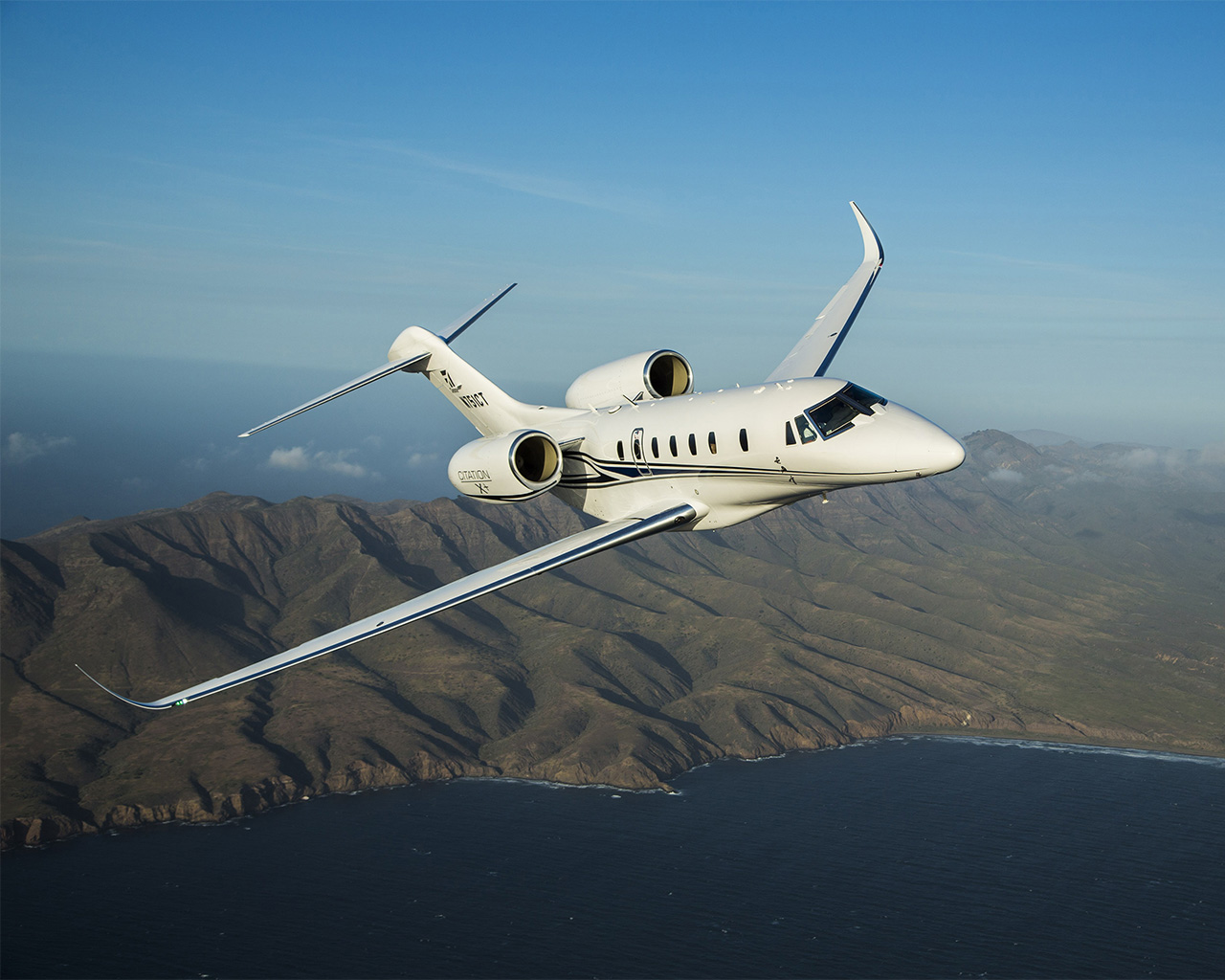 These small and medium jets have been market-leaders for many years, covering the size spectrum from very light jets through to super-midsize.

From the entry-level Citation Mustang (no longer manufactured but still widely-available for charter) and its successor the Citation M2; through the light jet CJ range (current models are the CJ3+ and CJ4); and through to the Citation XLS+, Citation Bravo, Citation Sovereign, Citation X/X+, Citation Latitude – and now the Citation Longitude, which was just certified in September 2019.

Also in development, but at the other end of the size scale, the Denali is Cessna’s new Single Engine Turboprop (SETP), which is aiming for first flight later in 2019. 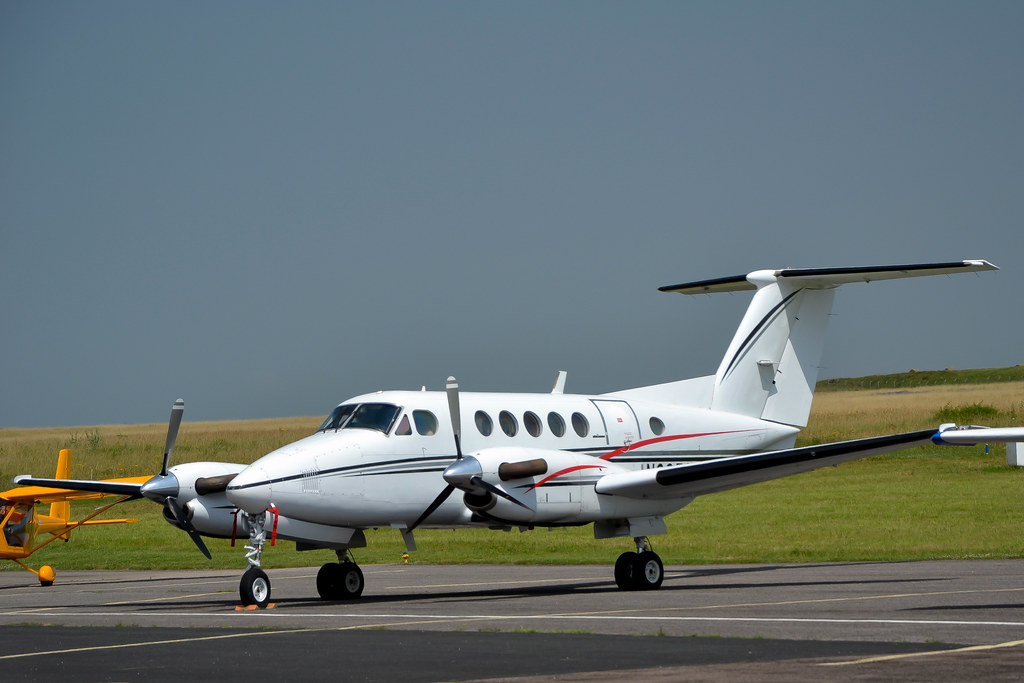 Beechcraft (formerly Hawker Beechcraft), was also acquired by Textron in 2014. The company started out as the Beech Aircraft Corporation in 1932 and merged with Hawker jet owners Raytheon Aircraft.

Beechcraft are the manufacturers of the world’s best known executive turboprop, the King Air, which has been in operation for over 50 years. The King Air has been highly-successful, particularly in the USA as an executive aircraft, air ambulance and regional airliner. Depending on the variant, it seats between 5 and 9 passengers and offers a flight range of 1500 nm at a lower cost than a jet aircraft.

While Hawker jets are no longer manufactured, some variants remain available for charter including the mid-sized Hawker 900/900XP and Hawker 800/800XP. The smaller Hawker 400 has now been successfully remanufactured by manufacturer Nextant Aerospace.

Brazilian manufacturer Embraer Executive Jets moved into the business jet market in 2002. The Sao Paulo-based company was formed in 1969 by the Brazilian government to build military aircraft and commercial airliners.

The original Legacy 600 has been a great success for Embraer in the long range category – proving cost-effective for buyers, being based on an existing Embraer airliner frame. It then extended the size and range upwards with the Legacy 650, and slightly downwards into the mid-size category with the Legacy 450 and Legacy 500. 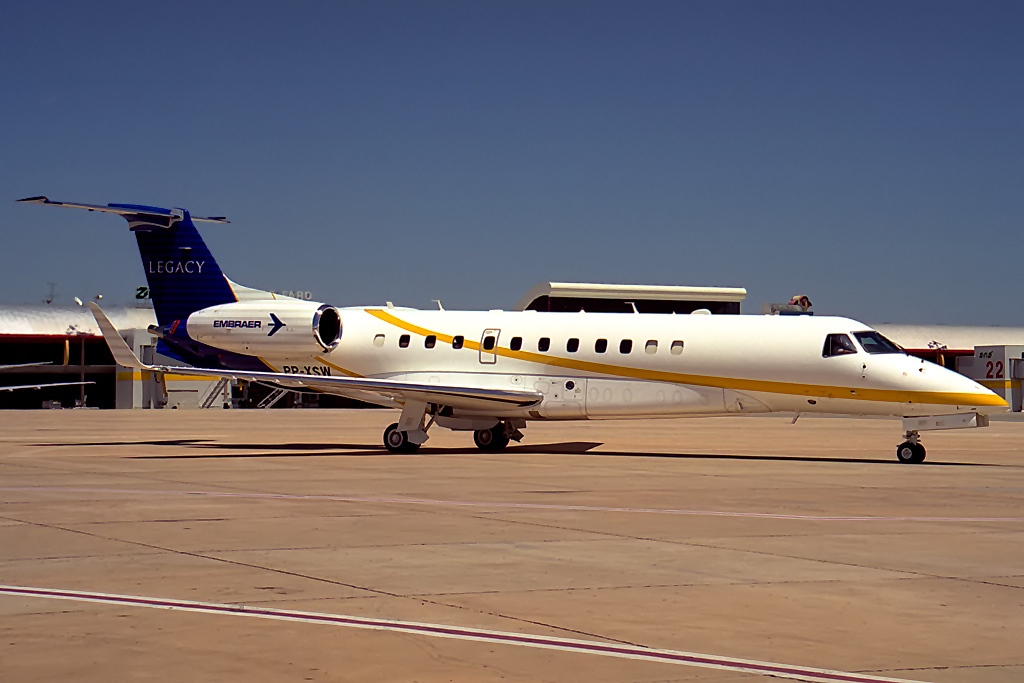 The Legacy 600 is one of Embraer’s successful long range jets.

In 2019 the enhanced versions of the Legacy 450 and 500 came to market, the Praetor 500 & Praetor 600 – offering enhanced performance, range and transatlantic capability for the first time.

Embraer has also seen success in the light jet market, particularly with the Phenom 300 (and upgraded Phenom 300E). The 7-seater bridges the gap between small and medium jet, hitting a sweet spot with buyers and charterers – over 500 have been made, making it the most delivered business jet in the world from 2015 to 2017.

The smaller VLJ Phenom 100 rivals Cessna’s Citation Mustang at the entry-level end of the market.

The Lineage 1000 & 1000E is Embraer’s biggest business jet, a long range VIP airliner, and offers one of the most large and luxurious cabins available.

Bombardier Aerospace was founded in 1937 by French Canadian Joseph-Armand Bombardier, and its headquarters remain in Quebec.

The company entered the business jet market after acquiring the Learjet Company in 1990 and now produces a range of business jet aircraft under the Global, Challenger and Learjet brands. 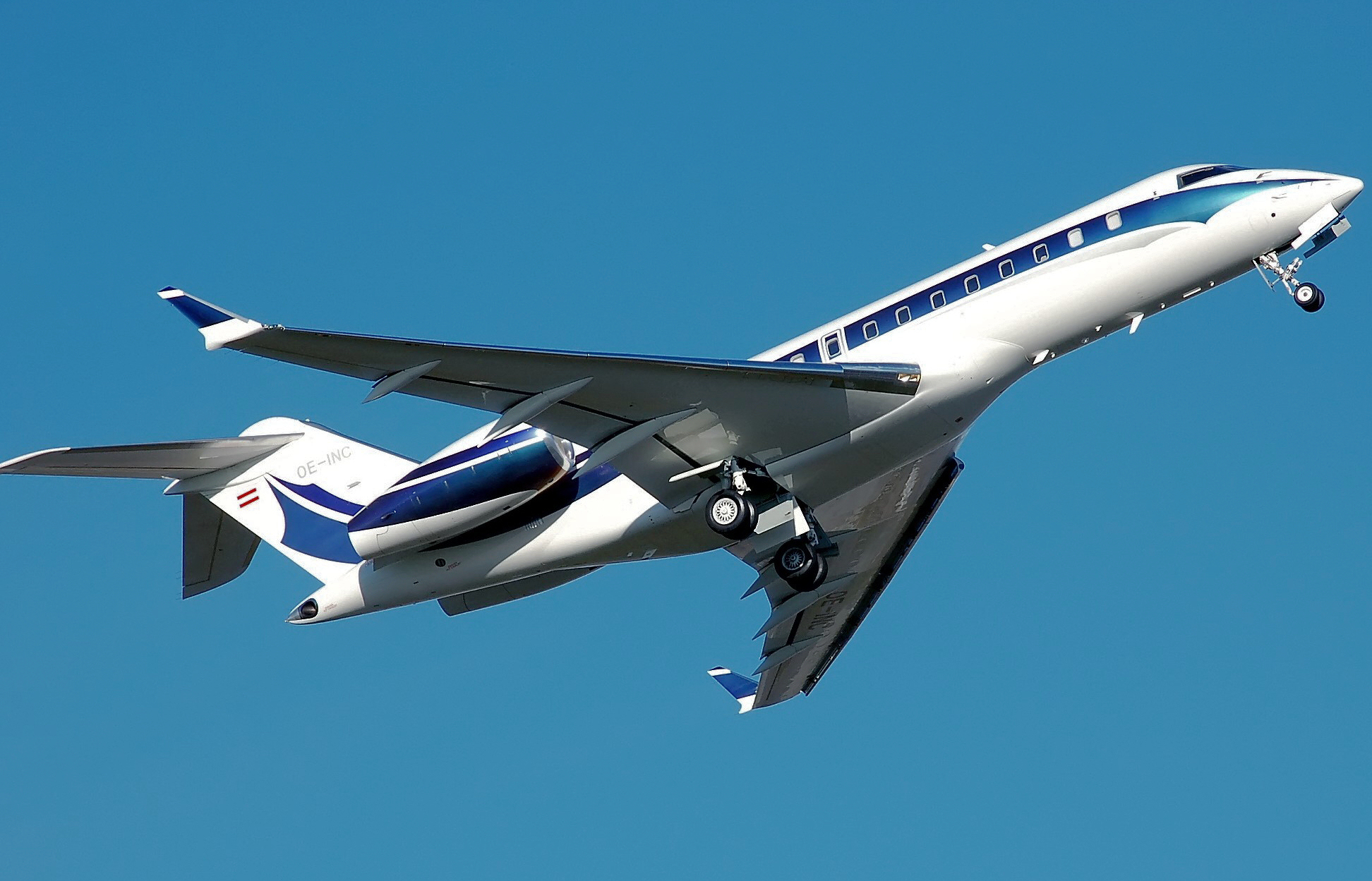 The Globals – which began with the Global Express – are synonymous with luxury and space, providing comfort and privacy for long transoceanic flights, including fully-flat bed seating, multi-zone cabins including bathrooms and large galley, and crew rest areas.

Further down the size spectrum, they also produce super-midsize jets, the Challenger 300, Challenger 350 and Challenger 650, which are popular in the US for coast-to-coast flights.

The Learjet aircraft are Bombardier’s smallest aircraft range of light and mid-sized jets, seating up to 8 passengers. While Cessna had dominated this category of the market since the 1990s, Bombardier reintroduced the updated Learjet 70 and 75 models in 2014. While some older models are still available in the charter market, the Learjet 75 remains the focus of active production. 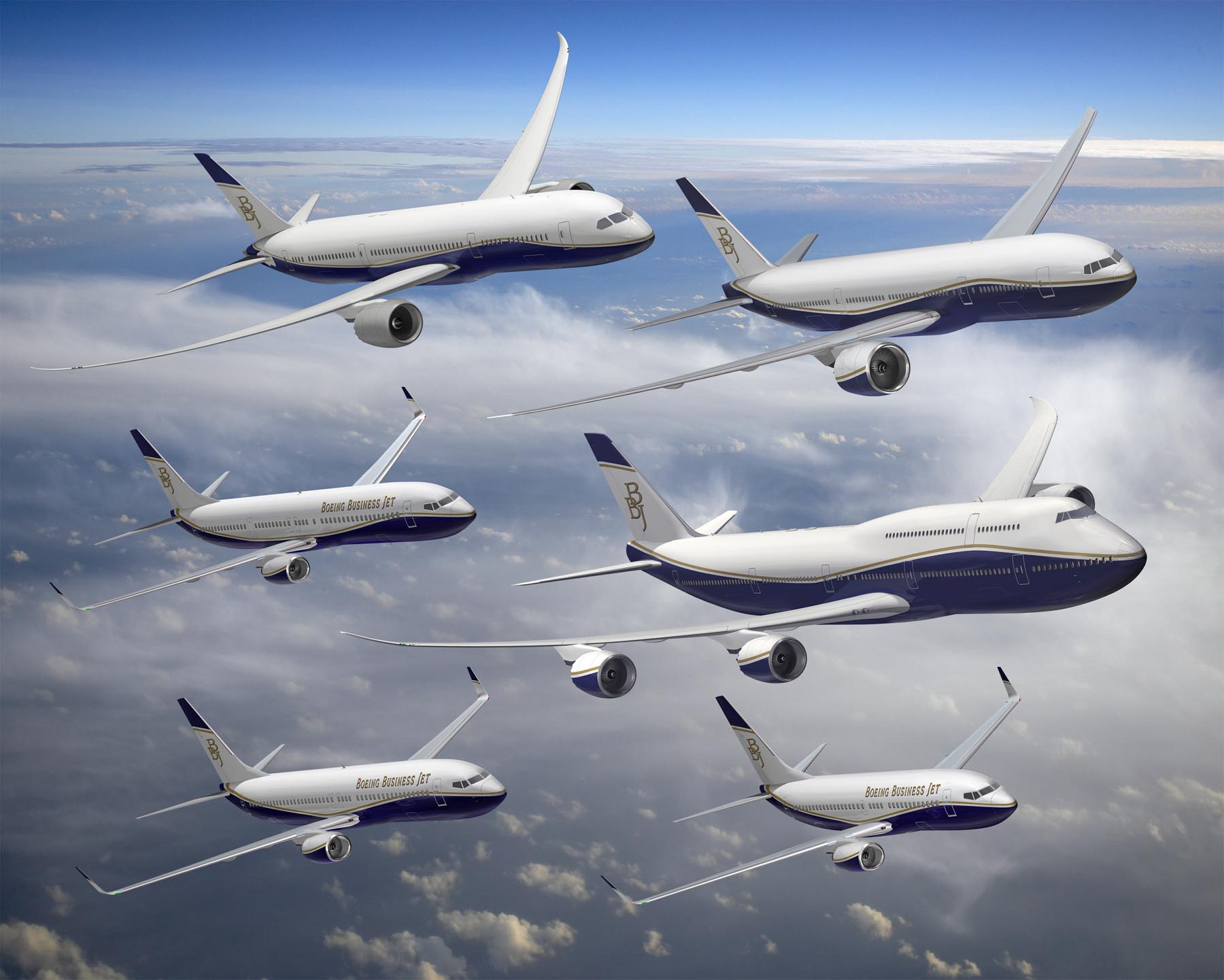 Best known for being an airline manufacturer, US aviation and defense giant Boeing entered the business jet market in the late 1990s. The Boeing Company was founded in Seattle in 1916 by William Boeing.

Boeing used its existing airliner airframes to create the Boeing Business Jet (known as the BBJ) series. The initial launch was based on the 737, with modifications and luxury interior design to provide what is regarded as the world’s largest and most desirable private jet, used by governments and VVIPs.

Interior options include master bedroom, two bathrooms with showers, boardroom, full kitchen and living area. It can seat up to 30 people, depending on the configuration, and with a flight range of over 6,000 nm, rival the range of most other ultra long range business jets.
Further versions of the BBJ have since been developed, converted from other Boeing airliner models.

Gulfstream Aerospace is based in Savannah, Georgia, and a subsidiary of US defense and aerospace giant General Dynamics. The company evolved from military aircraft producers Grumman and became known as Gulfstream in 1968 when it focussed on business jets. 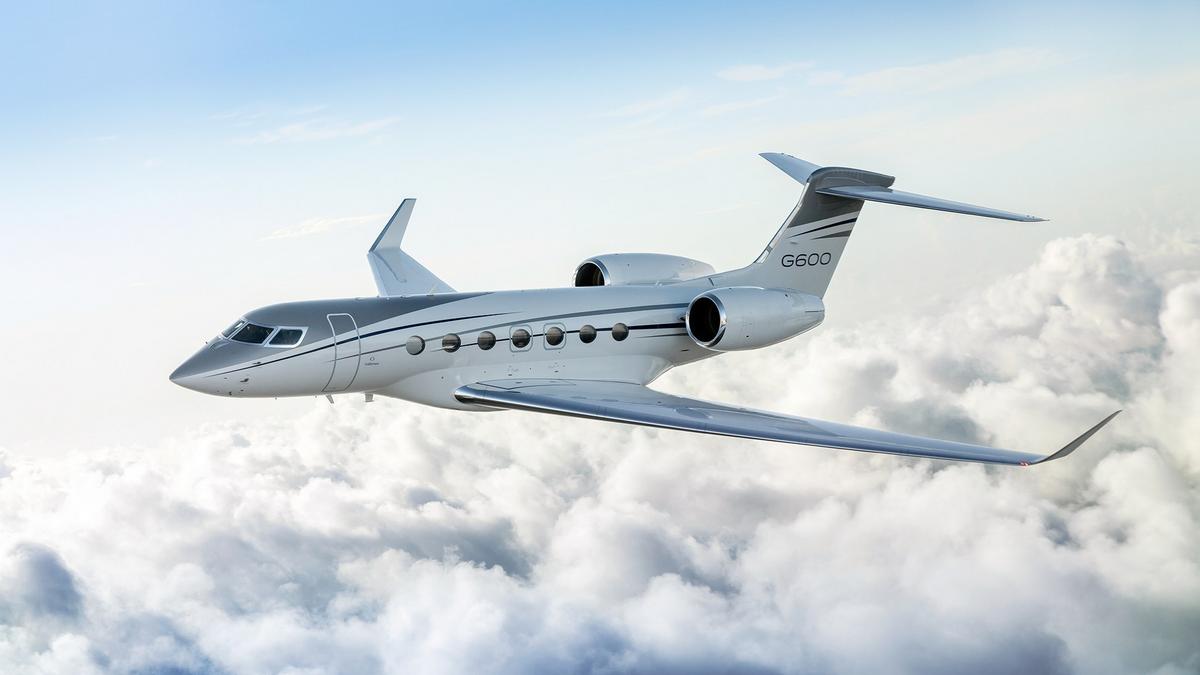 It has produced some mid-sized jets, such as the G200 and G450. But its name is now synonymous with its larger, ultra long range jets – with their trademark wide, oval windows.

The GV (G5) was the world’s first ultra long range jet when it launched in the 1990s. Gulfstream has since gone on to produce the the G550, G650 and its extended range variant, the G650ER.

Most recently it launched the G500 and G600 twinjet aircraft, which take the long range jet category to greater levels of efficiency and comfort. The G500 was certified at the end of 2018 and is now available on the charter market. The G600 was certified in August 2019. 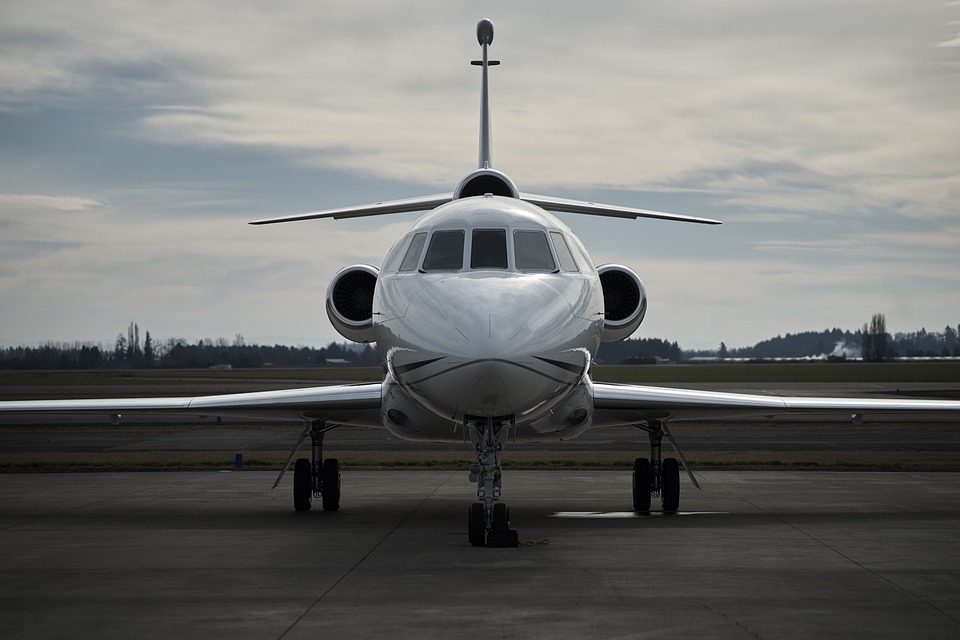 French manufacturer Dassault was founded in 1929 by Marcel Dassault. Headquartered in Paris, the company was a producer of military fighter jets before moving into business aviation in 1963. Its first business jet was called the Mystère 20, was eventually changed to the Falcon 20, to give the name more appeal outside of France.

More Falcons followed throughout the next decade – becoming an ultra longe range rival to Gulfstream and Bombardier. Currently its flagships are the Falcon 8X & 7X, with the older generation Falcon 900 and 2000 also still available in the charter market. 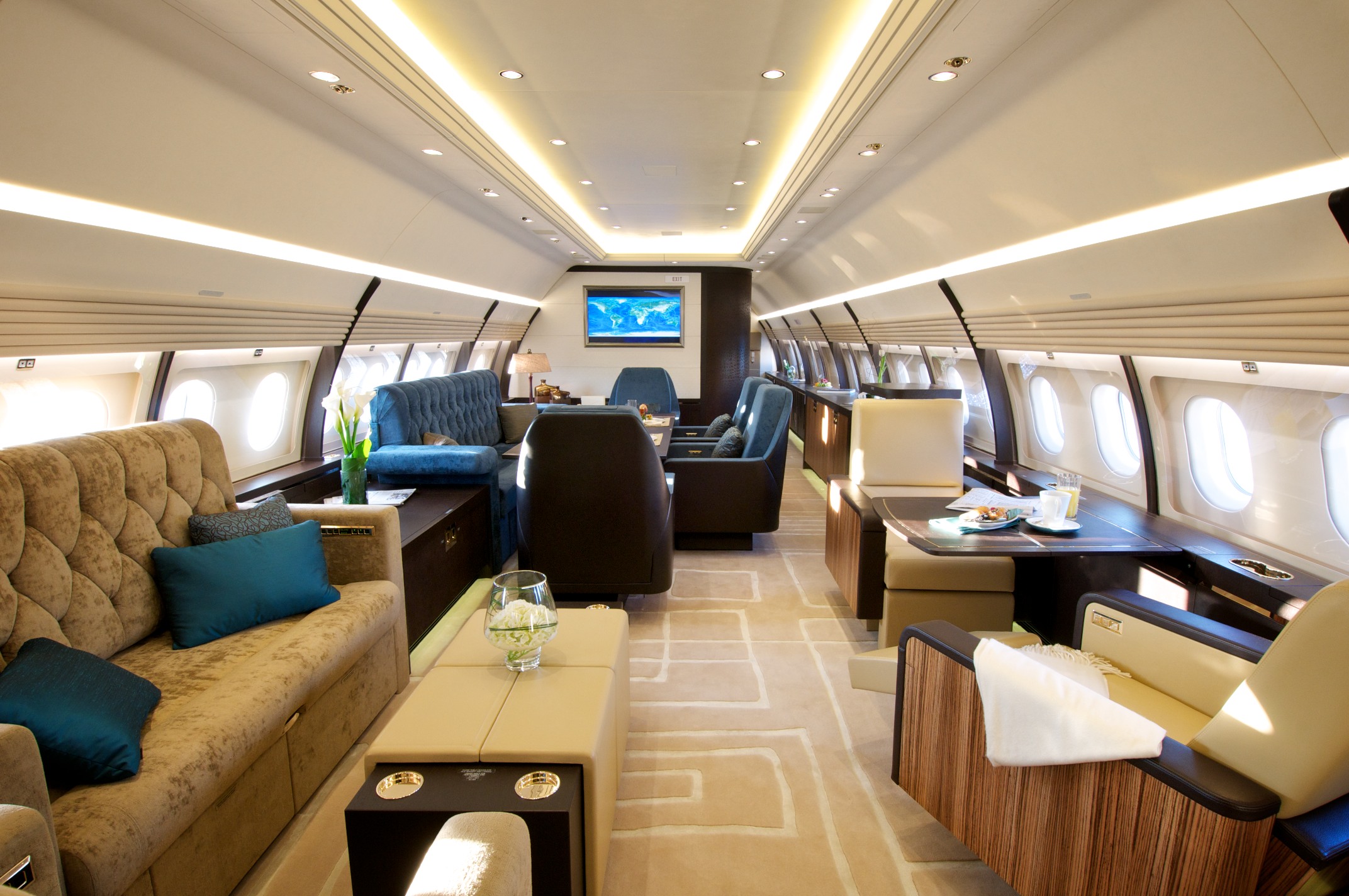 Like Boeing, European Aerospace giant Airbus is obviously best known as a manufacturer of commercial airliners. The company’s headquarters are in Toulouse, France, with a second major manufacturing plant in Hamburg. Airbus began in 1969 as a consortium of European firms to compete with the big American aviation companies.

Mirroring developments at rival Boeing, Airbus started producing corporate jet versions of its airliners in 1997, converting them to very large and luxurious VIP business jets known as ACJs. The target market is similar to Boeing’s – heads of state and large corporates. A number of models are available, typically seating between 15 and 50 passengers and offering an ultra long flight range. 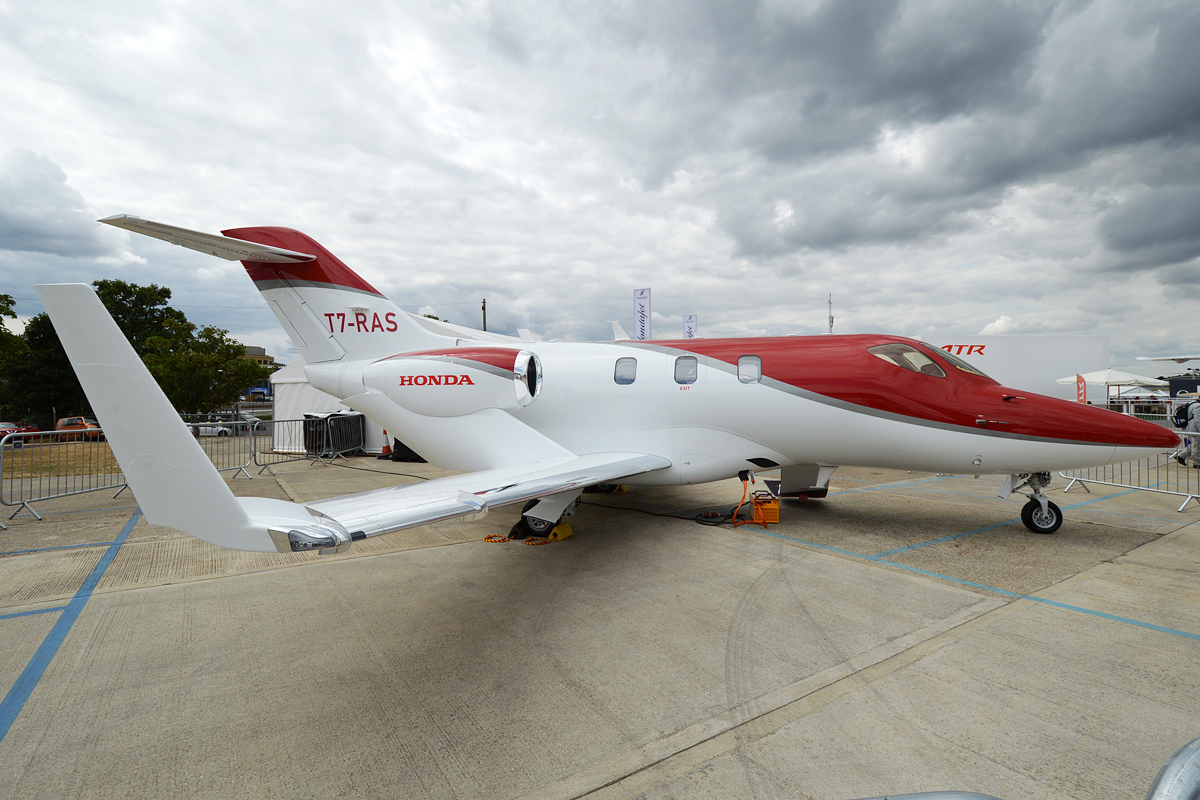 Honda made its foray into the aviation market in 2006, when it announced plans for a light business jet. And while its first aircraft took longer than expected to take flight (first deliveries were made in late 2015), the 5-seater Hondajet HA-420, with its distinctive overwing engines, it is now becoming a real contender in the entry-level jet market – the most-delivered business jet in the VLJ category.

The enhanced HondaJet Elite, with an expanded range, improved interior and updated flight deck was launched in 2018.

With around 100 aircraft now in service, the company continues to grow, especially in the US. In May 2019, the company announced they were building a new 15.5 million dollar facility in Greensboro N.C.

Nextant Aerospace, based in Cleveland Ohio, is now 10 years old, and unlike other business jet manufacturers, has made its name by taking an existing aircraft airframe, stripping it back and refitting it from top to bottom. This includes replacing the engines and adding new engineering, avionics, and cabin comforts for a brand new interior refit. 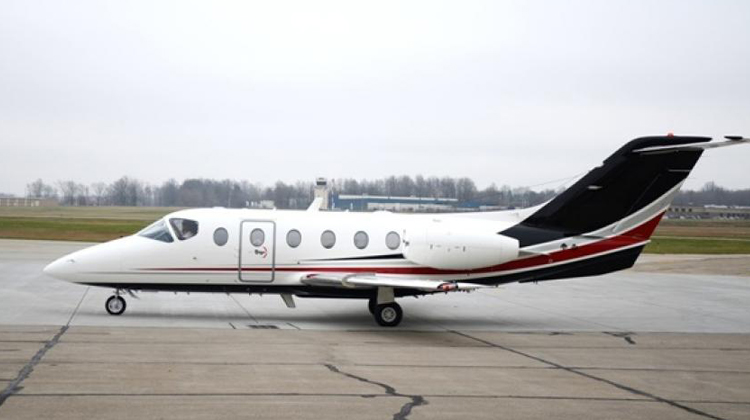 This results in an aircraft that is over 80% new – but at a considerably lower purchase price and operating cost.

The company is also developing the larger cabin Nextant 604XT (a remanufactured Challenger 604) and turboprop Nextant G90XT (developed from a King Air G90). 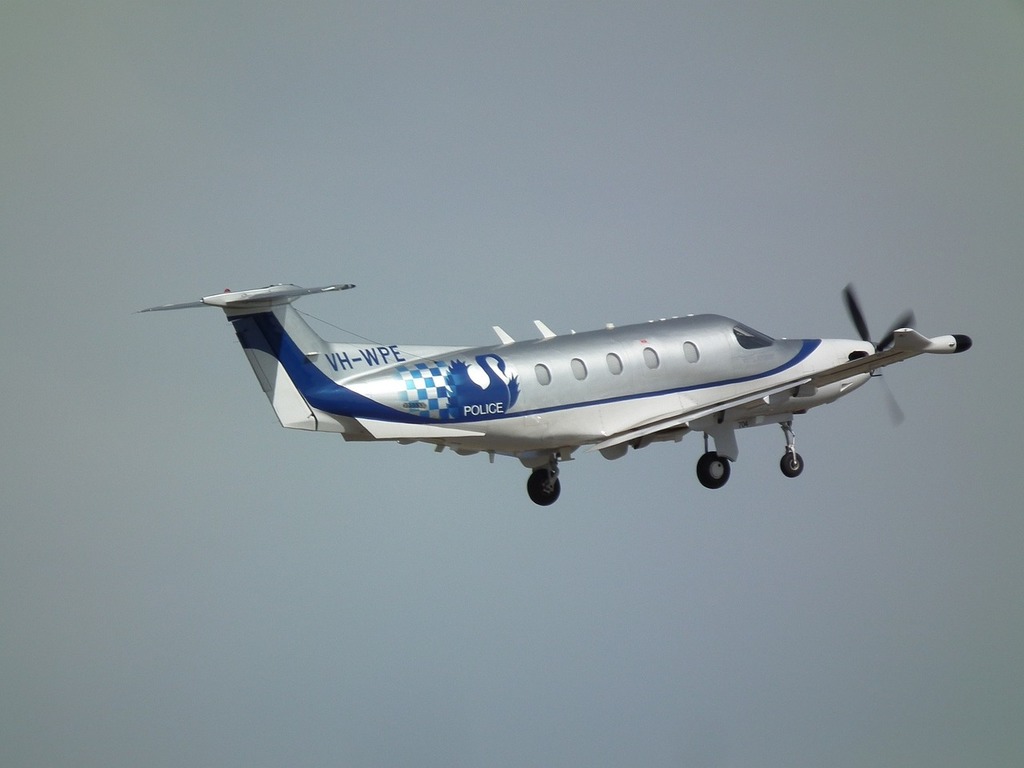 Swiss manufacturer Pilatus are best known for their PC-12 single-engine turboprop. Development of the much-loved aircraft started in 1987, and it has gone on to become highly-successful for both freight and passenger flights. Known for its spacious cabin (which can seat up to 12) and rugged field performance, it can land on short and even unpaved runways – making it also popular as an air ambulance and other humanitarian work.

On the back of the PC-12’s success, Pilatus went on to develop the 7-seater Pilatus PC-24 light business jet, which was certified in late 2017. It retains the rugged landing ability of the PC-12, but with the greater range, speed and performance of a jet aircraft. It is now available for charter in Europe.