Aircraft fractional ownership is a type of co-ownership of professionally managed private aircraft. It involves the acquisition of a partial interest in an aircraft from a fractional operator, who acquires, operates and manages fleets of similarly configured aircraft on behalf of multiple owners. In exchange for one-time capital investment and monthly management and hourly operational fees, you will have access to the aircraft, or one like it,  with as little as six hours of notice which is referred to as You will have access to the aircraft for a pre-determined number of hours per year.

Shares are sold in sizes that are multiples of 1/16th (1/16, 1/8, 3/16, etc.). The total number of hours of airplane usage is agreed upon by the owners of the aircraft. Hours are then divided among all the fractional owners in proportion to the size of the shares bought. You will only be charged for “occupied hours” and not for the costs of aircraft positioning. You will be able to fly on multiple aircraft and different types within the fractional fleet at agreed-to interchange ratios.

At the end of the ownership period, the fractional operator has the right to purchase back your share at fair market value with the addition of an aircraft remarketing fee. 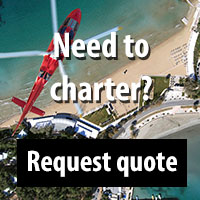